Did you know the origin of the Spanish omelette?

The "Tortilla de patata" is a typical Spanish recipe; we can't deny it. But even if you've tasted many, you probably don't know its history. We'll tell you about it!

It was when the Spaniards arrived in Peru, during the conquest, that they observed the native Indians feeding on a fruit that they roasted, and that they called in their language "papa".

Very similar in form to another fruit known as "batata" but with a completely different flavor.  As it was considered suitable for food, it was imported into Spain, but the reality was that it would not be given much use, due to its lack of acceptance. 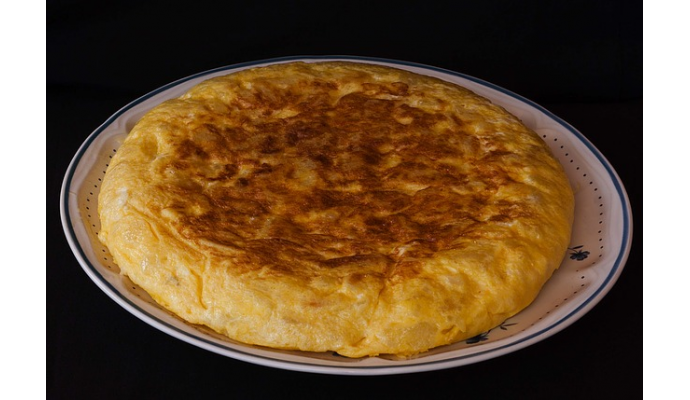 Even so, by the middle of the 16th century, the potato was already present in several European countries such as England, Ireland, Italy, the Netherlands and Germany. It could grow in unfavourable conditions, especially in cold climates, and it did so in a short time. And it was a perfect substitute for cereals (in terms of carbohydrate). By 1790, the potato was implanted by right throughout Spain.

We are a little closer to knowing how the Spanish potato omelette idea came about...

It is said that in Navarra, as a result of the imagination of the peasants who had few resources to feed their families, the idea of frying the boiled potato together with water, salt, yeast and wheat flour arose.

This kind of dough, whose taste and texture was nothing like our current Spanish potato omelette, was quite successful among the peasants, but the truth be told... because it became so popular among them, it would not be considered a worthy dish for all the tables. It was towards the middle of the 19th century when our Spanish potato omelette would break down those social barriers and evolve in its recipe until it reached what we know today.

It would even become part of the menu of the Spanish restaurant at the Universal Exhibition in Paris (1867), where it was offered to the Prince of Wales, during a joint lunch with our then monarch (King Alfonso XII). It was undeniable that it was already one of the most "popular" dishes. And it has remained so until today, and surely, it will continue to be so for many years to come.

And now... we leave you the recipe, in case you venture to prepare it: